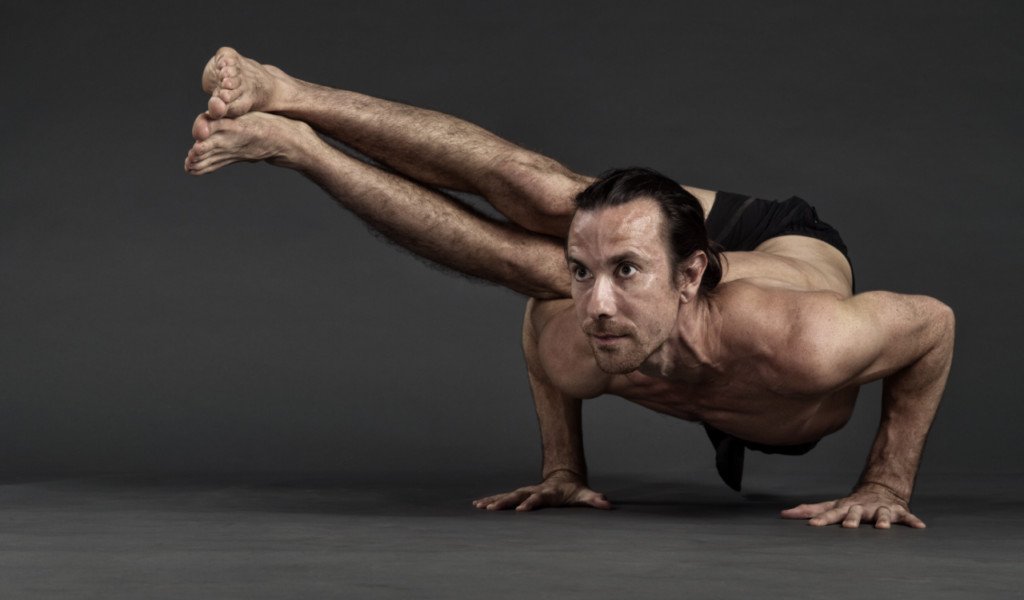 ‘This book is to help you sit like a mountain, so that when you see the big mountains you’ll know what to look for’.

Scott talks to Joey Miles, an authorised level 2 and highly inspiring Ashtanga yoga teacher, about how yoga has evolved through his life.

Joey came to yoga in 1998 and since that time has become one of the most loved and influential Ashtanga yoga teachers teaching in the UK today.

Before yoga, Joey had previously pursued the circus, martial arts and physical theatre. On graduating from Goldsmiths University, he began assisting Hamish Hendry at Ashtanga Yoga London and for 3 years he practised and assisted daily. During this time, he spent 2 or 3 months every year in Mysore practicing with Pattabhi Jois and Sharath.

In 2004 he was authorised to teach by Pattabhi Jois and he then taught daily Mysore classes from 2005-2008 at Triyoga in Primrose Hill, London. In 2009 he relocated to Hebden Bridge and set up Ashtanga Yoga Leeds with the intention of supporting people’s daily yoga practice, this has now been running for eleven years.

Alongside the more traditional ashtanga path, Joey has studied and practiced Iyengar yoga for fifteen years under Alaric Newcombe. Whilst mixing styles is often frowned upon, he finds the change in approach to be remarkably helpful in his personal practice, for allowing variation, and giving support to a wider variety of students’ needs.

Joey’s teaching is rigorous and playful and his intention is to bring clarity and emphasis to sound alignment within the ashtanga system thereby demonstrating unity among different schools of postural yoga.

You can find out more about Joey here.

Scott and Joey have known each other for over ten years and have been friends for the past eight. They have a connection that bonds them outside of yoga too. They are both fathers and have a love of dance culture.

Scott and Joey spoke in December 2019 where they were both teaching at Purple Valley and have a deeply personal conversation. Joey shares openly and honestly about how his life has evolved through practicing yoga from a young age and shares about his evolution. He talks about how his contemplative practice developed and how his yoga practice, particularly Ashtanga and Iyengar, has evolved through blending both their traditions in a highly insightful and focused way.

‘Joey is so articulate. He is ability to share information his so rich and we could have gone on for another hour. Joey’s insights on practice are inspiring and the way he talks about blending the practices of Ashtanga and Iyengar is gold. This podcast is essential for those thinking of how to move beyond the strict approach to Ashtanga yoga. Joey’s story is of an inspiring inquisitiveness to practice and life.’

If you like this podcast then also listen to Scott’s conversation with John Scott, who was also one of Joey’s early teachers.

« 62 Years of Practice – Ann Weston A Naturally Sceptical Mind – Dr Matthew Clark »
We collect cookies and anonymous data via Google Analytics. Accept to continue or switch to private browsing to use this site without data being collected.
Read our Privacy and Cookies Policy for more info. Accept