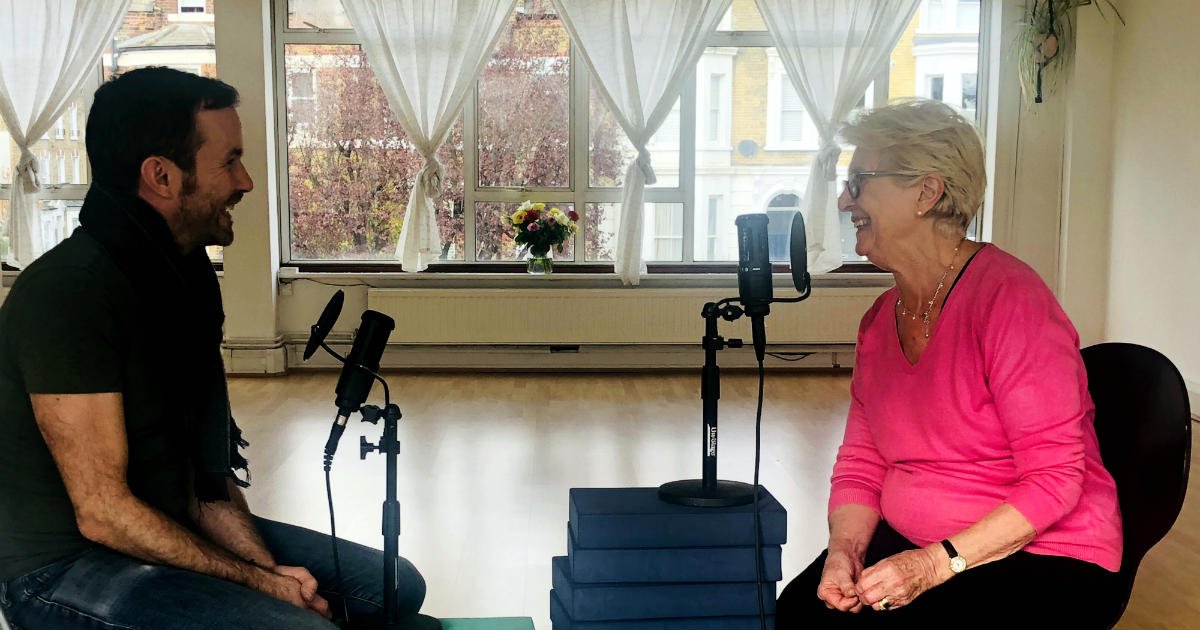 Scott talks to Ann Weston, a UK yoga teacher and teacher trainer based in Watford, on her 62 years of yoga practice.
Ann began her yoga practice at the age of sixteen in 1957. She has been a quiet pioneer of yoga in Britain since that time, quietly practicing and sharing to others what she has found to be so beautiful in her life. Yoga.
Ann still teaches classes near her home in Watford and has for the last 26 years taught relaxation at an NHS cancer hospital.
You can reach out to Ann directly here

In this rich and warm conversation, Scott and Ann talk about how yoga has shaped Ann’s life since she began practicing back in 1957. Ann has never rested on her laurels and has always kept moving to see what’s possible in her life. She has navigated all the major explosions in yoga from the 1960s onwards. Ann shares how she met all of this while raising a family.

This is a classic Stillpoints podcast. A conversation that inspires through the story of one person who has practiced for over 60 years an has always had a deep passion for it. Yoga practitioners and teachers should listen to Ann’s story as it harks back to a time before most of us were born, before the big explosions we know that have catapulted yoga around the world. Ann talks about the explosions of yoga in her early years that most of us are unaware of.

If you like this podcast then also listen to Scott’s conversation with Danny Paradise which also looks at the practice from a long term stand point.

Yogi Sunita Cabral – The Lotus In The Rose book.

« Movement Through Life – Jess Glenny Blending Yoga Traditions – Joey Miles »
We collect cookies and anonymous data via Google Analytics. Accept to continue or switch to private browsing to use this site without data being collected.
Read our Privacy and Cookies Policy for more info. Accept