When is Joey Miles teaching at SYL?

Joey asks that students have a pretty confident grasp of the first half of the Ashtanga Primary series, in order to be able to practice independently. This is to enable Joey to try and give an equal level of time and input to each student. There will me a maximum of 15 people in the class.

This afternoon will be a dynamic alignment-based workshop. The focus will be learning and refining key actions in standing poses. You’ll gain a deeper understanding of the mechanics of individual poses and of categories of poses, allowing you to apply these guidelines in a much wider variety of poses than those you practice within this class. As you progress to more challenging poses, this learning will empower you to work more intelligently and effectively.

This afternoon will be a restorative session. Leaning towards a mood of ease. All physical effort is relinquished, the body is encouraged to rest and passively release tension in a series of supported poses. Subtlety of awareness is possible when we leave aside intense sensations. The mood of the class is introspective and although many of the poses are deceptively gentle, they have the potential to create a profound shift in your inner state. 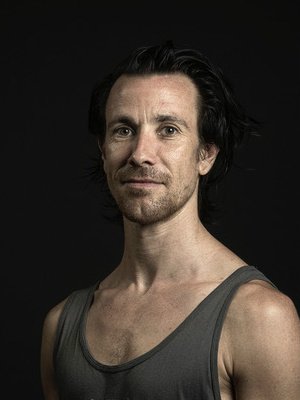 Joey came to yoga in 1998 having previously pursued the circus, martial arts and physical theatre. On graduating from Goldsmiths University, he began assisting Hamish Hendry at Ashtanga Yoga London and for 3 years he practised and assisted daily. During this time, he spent 2 or 3 months every year in Mysore practicing with Pattabhi Jois and Sharath.

In 2004 he was authorised to teach by Pattabhi Jois and he then taught daily Mysore classes from 2005-2008 at Triyoga in Primrose Hill, London. In 2009 he relocated to Hebden Bridge and set up Ashtanga Yoga Leeds with the intention of supporting people’s daily yoga practice, this has now been running for eleven years.

Alongside the more traditional ashtanga path, Joey has studied and practiced Iyengar yoga for fifteen years under Alaric Newcombe. Whilst mixing styles is often frowned upon, he finds the change in approach to be remarkably helpful in his personal practice, for allowing variation, and giving support to a wider variety of students’ needs.

Joey’s teaching is rigorous and playful and his intention is to bring clarity and emphasis to sound alignment within the ashtanga system thereby demonstrating unity among different schools of postural yoga.

Why we love Joey

We feel that Joey is one of the brightest and knowledgable ashtanga yoga teachers teaching today. His wisdom, depth and understanding of yoga practice blends with a calm and beautifully measured delivery. He helps you go beyond your limitations with insight, clarity and above all, compassion

Be one of the first to hear about our many popular events when you join our community email list.