Falling down the yoga rabbit hole

We warmly welcome SYL practitioner, Scott Arnott, to the SYL blog. Scott has been part of Stillpoint Yoga London now for three and a half years. Find out more about our Stillpoint Online programme.

“I’m a grumpy Scotsman, an ex Investment Manager who now runs a commercial Landscape business. Going into the Mysore room was daunting. After all, I’m not twenty five anymore. Surely everyone will notice the greying bloke sweating profusely and not knowing what he’s doing.

Well, maybe they did, but I didn’t care! Although, on the first day, when Scott said something and everyone stood at the front of their mats, then started chanting in Sanskrit, I did think: What am I doing here…? He wants me to do what?

Well, if I’m here I might as well see where the rabbit hole goes…”

My yoga practice started because of a house fire….

In 2014 we’d had a fire at our cottage, so we rented a house in another village whilst the repairs and some renovations were undertaken. Over the Christmas period a friend came to stay who I knew practiced yoga. After some urging he agreed to show me some of the ‘moves’ in the sitting room of the rented house. After about five minutes he said, in disgust, ‘I knew it, you’ve done it before’. He then refused to show me any more but my interest was piqued.

As the rebuild progressed so did the stress of supervising the building site, running a business, fighting the Insurance Company and not really looking after myself. An offer for six yoga classes for the price of one caught my eye, so off I trotted to class. I was one of two men in a room full of women (the other man was the teacher!). Undeterred, I saw it as another form of exercise which would complement the others I undertook. I had always been flexible after all, just ask our Christmas house guest, and the stretching was good.

I duly went to the six classes. Each had a different teacher, and at the end of the package they offered another group of classes at a discounted rate. Gradually, my once-weekly yoga class developed into four classes a week. It was really stress busting, and I began to get annoyed if I had missed one. This carried on for almost four years, but I started to get a bit bored with some classes – it was just someone throwing shapes at the front and lots of people trying to follow as far as I could tell. There certainly wasn’t any focus on breath and movement.

‘Oh well, I’ve only got another couple of passes then I can quit this and find something else…’

Then, when I was really beginning to lose interest, a new teacher showed up to cover one of the classes. She declared she would be doing an Ashtanga sequence which is about breath and Bandha. What was all this counting about? It was unlike anything I had experienced before.

“ What on earth is Bandha?  What is she talking about…this is really challenging”

Needless to say, I was hooked.

After two more classes with this teacher I decided to find out if there was an Ashtanga class closer to home. Stillpoint Yoga London and Scott Johnson came up. I sent a message, writing that I had done some yoga, didn’t know anything about this Mysore thing, and I wasn’t sure if I needed to do a beginners class or not. In January 2017 Scott and I had a one-to-one session. I still remember leaving feeling like I had found something special.

More than three years on from this first brush with Ashtanga, I’m still exploring the rabbit hole I jumped down on that day. What began as a useful stretching session has become an integral part of my life and daily routine.

Challenges along the way

Sitting quietly has been one of the most challenging practices of all. My ability to ignore that which didn’t resonate with my outlook had been a significant part of my previous success as an investment manager, after all. Single minded and determined were adjectives that appeared on nearly every performance review. As assets. If I’m being honest, dealing with people and their “feelings” really was never my thing.  Sure I have friends who know there is another side which is open, supportive, naughty and gregarious, but that was my secret!  It was just easier that way.  Maintaining a distance can be comforting.

But, gradually, I have noticed. Noticed the biases which drive me. The need to be open to other perspectives. To learn. I am a much calmer and kinder person to be around. More aware of life around me. It’s all a work in progress.

Some moments that stand out for me are:

‘Who’d have thought I’d be now sharing the practice with others. I’m a willing Student…’

And I always will be a Student. So, pre Covid-19 distancing, turning up at Stillpoint Yoga London each morning with Scott and I giving each other a hug and having a quick gossip has become one of the most important things in my life. It takes a lot for this still often grumpy Scotsman to acknowledge that, but the truth will win out in the end!

Oh, and I love the chanting. 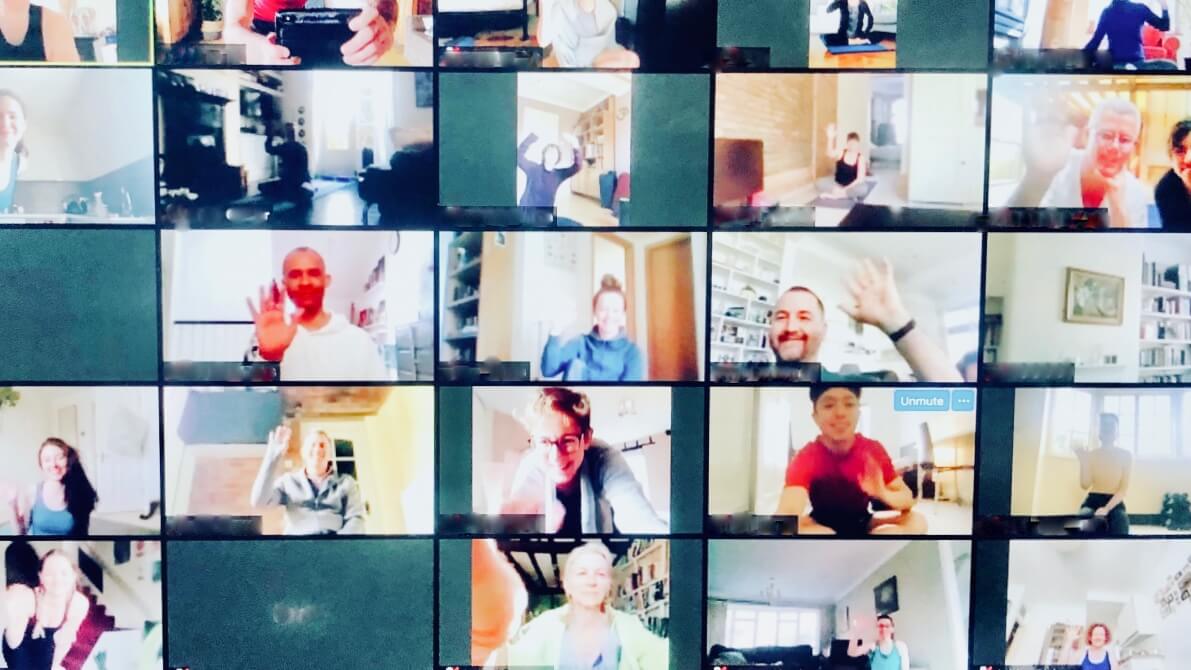 Discover your yoga practice with us online?

Join us here
We collect cookies and anonymous data via Google Analytics. Accept to continue or switch to private browsing to use this site without data being collected.
Read our Privacy and Cookies Policy for more info. Accept