When is David teaching at SYL?

Want to take your teaching skills to the next level? The Yoga Adjustment Workshop will teach you both why and how to apply effective hands-on adjustments. Gain confidence with more tools to help your students evolve their practice.

My intention in the Yoga Adjustments Workshop is that you understand how to take those concepts and apply them to the unique situations that come up in your own classes. You’ll practice the foundational concepts behind every good hands-on adjustment on many different types of postures.  This workshop will help you understand how to adapt hands-on adjustments to “real-world” bodies, including: differences in height, flexibility, strength, and level of practice.

The Yoga Adjustments Workshop is built around many different exploration exercises and lots of practice that will help you build confidence in applying those intentions through hands-on adjustments. These skills go a long way in building the relationship that you have with your students and instilling trust. The yoga adjustments workshop is all about you gaining the confidence to make the right decisions in the moment. After all, your students are unique. They present unique challenges and you need skills to apply yoga adjustments that are tailored to each individual’s situation. 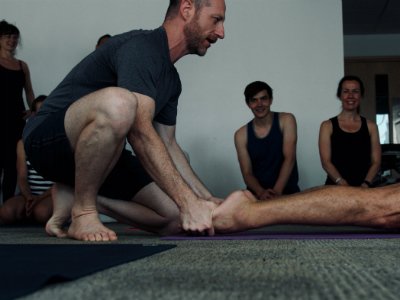 The magic of the ashtanga yoga Mysore intensive is that it allows you to have what feels like a private class with the energy of a group. The teacher holds the space for your growth in the practice of yoga.

Yoga is very much about relationship: the relationship you have with the practice and the relationship you have with the teacher who is guiding you. Relationship requires time and space to grow. This is the reason that when David teaches a Mysore intensive the number of students in the room at any one time is limited to a maximum of 12. This is also why you, the student, have to commit to signing up for the five days of practice. With David’s commitment to small numbers and your commitment to daily practice, there’s an opportunity for a transformative and in-depth relationship.

Students deserve individualised attention in their practice. In this Mysore intensive David will share techniques and tools that are specifically relevant to you and what’s going on in your practice. In his way of seeing the practice, this is where true teaching and learning happens. When guidance specific to you is aligned with your needs, growth and change naturally follow.

In the “Mysore” method students practice the series of postures they have learned, but at the pace of their own breath. The Mysore method provides the opportunity for individualised practice within a group setting, rather than a led or guided class where everyone is doing the same pose at the very same moment. In the Mysore method, students are supported and assisted in the practice where and when they need it. This allows for a deeper connection to develop between teacher, student, and the practice.

Over these five days of daily practice you’ll go through a process of exploring your practice deeply. Growth happens as a result of the amount of attention you’ll receive from David as well as your dedication to the discipline of daily practice. The effects will encourage and inspire you.

The only requirement is being open minded and receptive to learning. Knowing the practice of Ashtanga Yoga is not required. 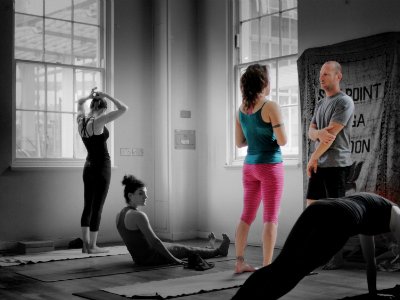 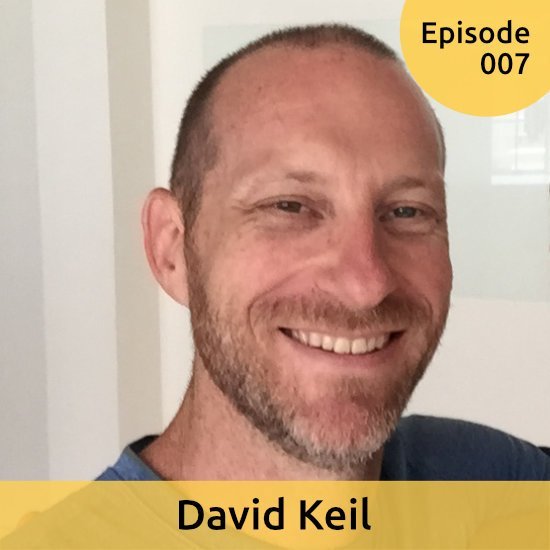 Listen to our Stillpoints Podcast conversation with David recorded in July of 2019.

Scott Johnson gets under the skin of David Keil, looking deeply into David’s journey from starting yoga at 15 through to becoming, what Scott calls him, one of the most skilled Ashtanga yoga teachers and educators teaching today. David has taught at Stillpoint Yoga London since 2010 and in this conversation shares his journey through yoga practice and teaching in a beautifully open and honest way. 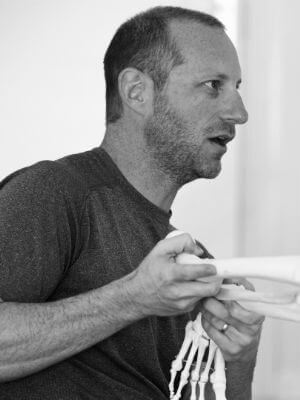 Who is David Keil?

David Keil was introduced to yoga in 1989 by his Tai Chi Chuan teacher. Both the Tai Chi and Yoga practice at the age of 17 began his research into his own mind-body connections. His search continued through massage therapy where he discovered many insights and affirmations of what he had been exploring and finding on his own through his practices. One of the most important elements was the specific understanding of the musculoskeletal system and how fascinating, beautiful and amazing the body is on the scientific level and how that directly played into and off of his own understanding of the human body. He was given names and explanations for some of things he had been experiencing and feeling.

As an instructor of Kinesiology (the study of movement and musculoskelatal anatomy) at Miami’s Educating Hands School of Massage from 1999-2003, David developed a fun, informal and informative style of teaching. By repeatedly teaching incoming students who had no prior understanding of anatomy, David was confronted with the problem of making such a complex and beautiful system accessible and understandable to the average person.

David brings his unique style and ability to make things simple to the yoga world. Because of his passion and desire to share the human body with everyone, he delivers this complex and sometimes frustrating topic in a way that is very accessible and understandable to yoga practitioners.

Over the years David has used his skills as a Neuromuscular Therapist to help people reduce their chronic pain patterns. He often brings this information into his workshops where students are regularly uncovering painful patterns or injuries in their bodies.

David was introduced to Ashtanga Vinyasa Yoga in 1999, but it was in 2001 that he met John Scott in Penzance, Cornwall, presenting his anatomy workshops for the first time oversees. Two weeks practicing with John was transformational and he realized that he had found his teacher. This began a relationship of both teacher/student as well as a collaborative colleague relationship that continues today.

It was also John who told David to go to Mysore in India the following year, which he did. David arrived in Mysore in 2002 where he studied with K. Pattabhi Jois in the “old” shala. In fact, it was the last year that the old shala was used for practice. David was authorized in 2004 and returned yearly for extended visits to Mysore with his wife Gretchen Suarez. They are both authorized Level 2 to teach Ashtanga Yoga.

David also owns 3D Muscle Lab, an innovative and groundbreaking new anatomy learning tool that will help you to deepen your understanding of the body.

Why we love David

David has been working with Scott and SYL since 2008. He is a dear friend of SYL. We feel he has grown into one of the most relevant and accessible ashtanga yoga teachers in the world today. His skill as an educator of the yoga practice and at the same time as a personal guide to students is inspiring and a model to all yoga teachers.

Click on an image below to open the gallery 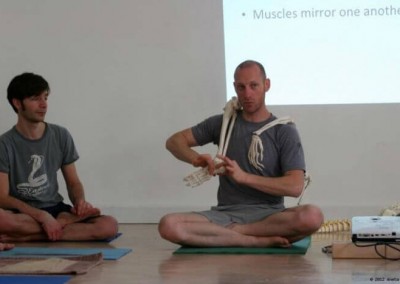 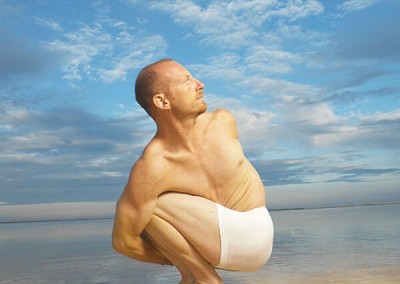 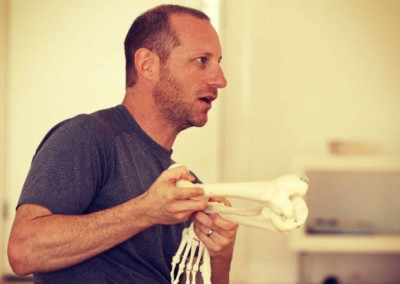 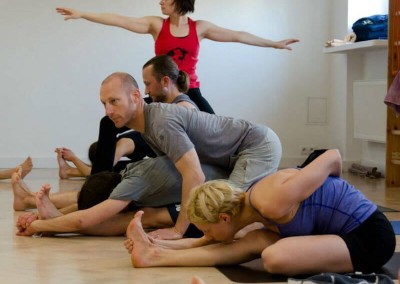 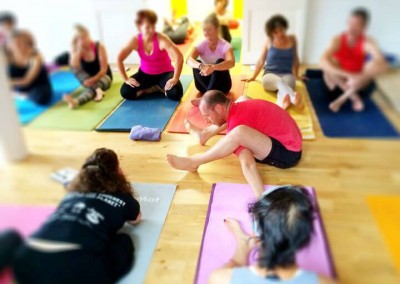 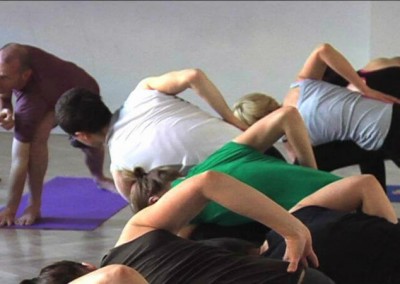