A decade of foundations

How the past ten years can define the next

Okay, so it’s not actually the end of the decade.

That will be on 31st December 2020. But when we move into a new calendar era, the ’20’s’, it feels like a good time to look back. I also know I’ve already shared a ten year blog this past year, but for this one I wanted to just share memories. Particular memories of mine that have stood out. This particular year feels like a momentous one and there have been some notable changes happening in the Ashtanga yoga community, so the movement into 2020 and beyond feels significant. This moment feels like a good time for me to reminisce (I am nothing if not rose-tinted…) as the next ten years begins. Sharing my genuine gratitude for all the things and people I have been connected to and involved with over the past ten years feels important to me. It has been a defining period of my life

10 years does seem like a long time. Yet in the scheme of things, when you have been teaching at the same time, on the same days, when you are doing something you love dearly, it doesn’t seem like it. It just becomes 10 years. It’s a day to day thing that became 3651 days. Teaching and running Stillpoint Yoga London really is work where it can feel like time doesn’t exist and that’s because I’ve loved every single moment of it. All the people who I’ve connected with over the decade have had an impact.

Who would have thought in 2010, having started on this Stillpoint adventure in 2009, that we would still be here in London Bridge thriving on 31st December 2019. It’s been 10 years that has defined me personally and a decade that I will never forget. The friendships I’ve made, the lessons I’ve learned from both adversity and joy. Meeting so many great people each day has helped me so much to grow.

There are so many other small moments in the SYL practice room that I have missed (like when I burnt my hand on a candle and ended up in the Burns Unit at St Thomas’ Hospital).

Past and Future Foundations

But, and most importantly, it’s been our practitioners who have been the foundation of it all. Everyone who has walked through the door whether for the morning classes, a workshop or retreat, who has shown their support in the way we teach yoga. It has been our privilege to help them. So as we move into the ‘twenties’, with the pathways we are forging through our new education programme and the way we are moving to help people evolve how they practice, it is this that we will always hold onto. The memories of how we have met practitioners in the past help us to keep learning how to meet new ones in the future. To always interact with people each day in a way that helps. To always support practitioners to become more than they think they can be. And to hopefully contribute to making the world a little more beautiful, even just for a moment. Continuing to offer an opportunity to wonder at the beauty of life, at the beginning of a day. 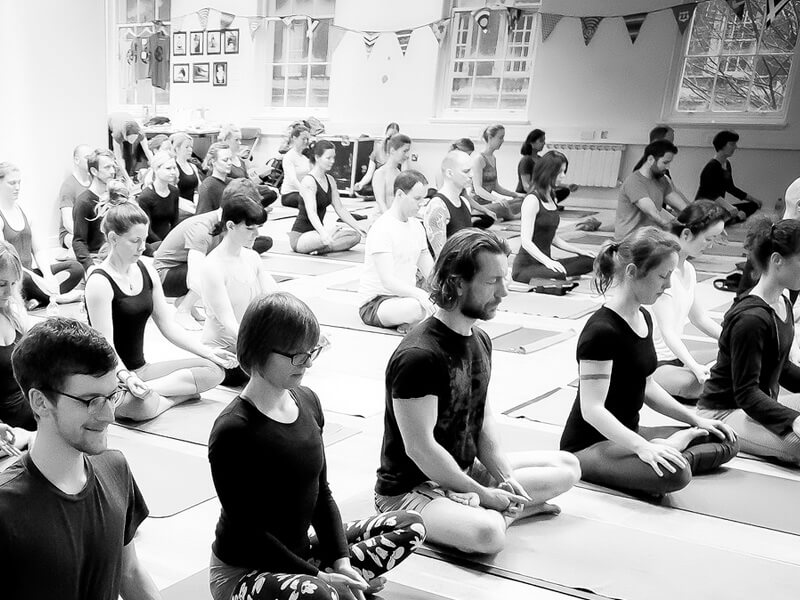 Sign up to our monthly newsletter and be one of the first to hear about our many popular events when you join our community email list.

Looking to create a good yoga foundation in your life?

Join up to our community to see how you can connect with us.